Home Game 8 Best Farming Games that you can Play Offline 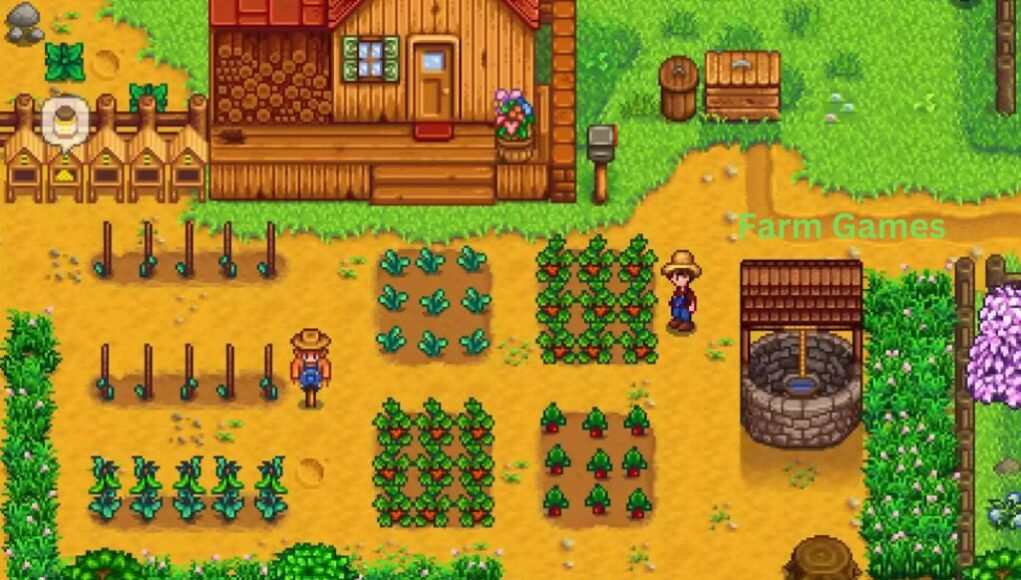 Farming games are some of the most popular on both consoles and mobile devices, but many of them can only be played if you are always connected to the internet. There are a few fun farm-building games that can be played without an internet connection, so you can play them whether you’re at home or on the road.

Top Eight Farm Games that you can play offline

Stardew Valley is a very popular farming game that you can play on PC, Xbox One, PS4, and the Nintendo Switch. It has old-school graphics that make it look like a game from the 1990s, but it has a lot of content that will keep gamers of all ages entertained for a very long time.

In Stardew Valley, players have to take care of their farm’s crops and animals while getting to know their neighbors and maybe even getting married to one of them.

Tiny Pixel Farm is a farming video game for people who are tired of pinching, zooming, and scrolling to see their whole digital farm, tasks, and items in other games. The whole farm is shown on one screen in Tiny Pixel Farm, so everything can be seen at once.

This design choice makes the game much more accessible than its competitors, but it doesn’t lose any of its features. There are still tasks to do with plants and animals, as well as a market and even farm visitors to take care of.

Blocky Farm tries something different by using a new 3D graphics engine that makes the game look more like Minecraft or Crossy Road than a traditional farming tycoon game.

Blocky Farm has all the usual farming game elements, like planting crops, harvesting them, and taking care of animals, but it also adds some variety by letting you drive the tractor properly and go fishing.

The Farming Simulator series of video games are known for how realistically it shows how to run a farm. The games have graphics that look like real life, real-world vehicles and machinery, and large properties to run in North America and Europe.

The PC, Xbox One, and PlayStation 4 are compatible with Farming Simulator 15, 17, and 19 games. The PC version of Farming Simulators 16 and 18 is also available on iOS and Android smartphones and tablets. In general, the newer the game, the better the graphics and the more features it will have. However, the games aren’t that different from each other, even though they are getting better over time. The Nintendo Switch game Farming Simulator is a mix of parts from different games.

Instead of the conventional field with cows and sheep, Monster Farm is a farming game for iOS and Android tablets and smartphones that centers around a sort of Halloween-type village. By creating new structures like a scary mansion or tower and adding magical plants like jack-o-lanterns and poisoned apples, players may grow their eerie village.

Young fans of the popular Monster High cartoon and toy line will particularly like Monster Farm’s easy-touch controls and the family-friendly portrayal of supernatural characters and monsters.

Fairy Farm is the best farming game for girls and boys who like cartoons like My Little Pony: Friendship is Magic and Care Bears. Instead of playing as a farmer, players control wizards who use their magical farming skills to grow magical plants and make mythical creatures like unicorns, dragons, mermaids, pegasi, and fire spirits.

The gameplay is the same as in most other mobile farming games: you do a task, wait, and then build something. The system works, and Fairy Farm’s unique take on the genre helps it appeal to people who wouldn’t normally be interested.

FarmVille 2: Country Escape is a mobile version of the first two Farmville games. It has the same addictive gameplay and a new farm setting by the ocean. With Country Escape, players can run a traditional farm by planting crops, raising animals, cooking homemade recipes, and exploring the area around their home. Even though there are many farming tasks, there is a simple story to keep players interested.

FarmVille 2: Country Escape is available for iOS and Android devices, and it can also be downloaded on Windows Phones and Windows computers, and tablets running Windows 8.1 and Windows 10.

Farm Snow is a farming video game that you can play offline on Android and iOS devices. Instead of a farm, the game takes place in Santa’s workshop and Christmas tasks at the North Pole.

Instead of harvesting wheat and corn, players have to grow hay (for the reindeer, of course), Christmas trees, and candy. You can also add more Christmas-themed buildings to the magical village.