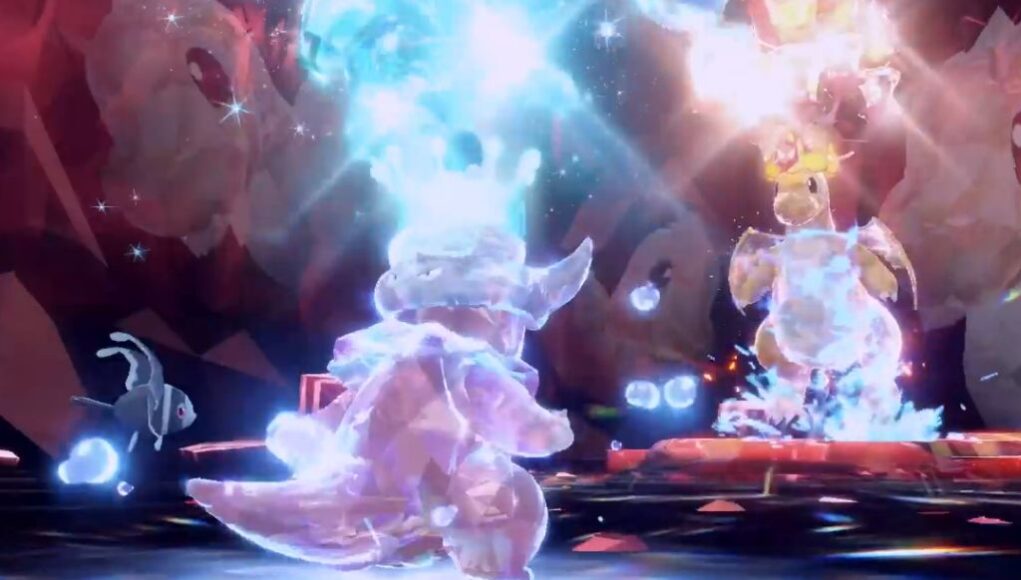 The Tera Raids in Pokemon Scarlet & Violet bring players together for battles that are much harder than the ones in Sword & Shield. Many raids are confusing and messy because there are a lot of connection problems, which can be frustrating because your turn may be skipped and boss health bars often show wrong information.

Aside from the technical problems, Game Freak seemed very committed to making the game very hard by adding six- and seven-star raids. If you want to win, you will need to choose your Pokemon and move carefully. For the highest raid tiers, you need to take the time to level your Pokemon up to 100 and give them the right movesets. However, some amazing Pokemon can make raids much easier to do, even if you’re still learning the game.

With the release of seven-star Charizard Tera Raids, the community needed a Pokemon that could resist Fire and Dragon attacks while doing serious damage to Dragons. Here comes Azumarill, the best Pokémon to fight Charizard. Even though Azumarill has average stats, the fact that it can use Belly Drum and Play Rough makes it a powerful Pokémon.

You can learn Belly Drum from a Hariyama that already knows it if you leave Azumarill with three moves, give it a Mirror Herb, and then take both Pokemon on a picnic. Once that’s done, add Misty Terrain and Liquidation to your moveset to give it more options and the ability to lower an opponent’s Defense. Put on a Shell Bell, like with Iron Hands, and watch this blue Water mouse go to work. It is the best Tera Raid counter you can get.

Iron Hands is the best companion for Miraidon because it has a very powerful combination of Belly Drum and Drain Punch. This makes it stand out from most other Tera Raid options. After cutting your HP with Belly Drum to boost your Attack, Drain Punch is the perfect way to get your health back while also doing a lot of damage to the boss.

Iron Hands has an unheard-of 140 Attack and 154 HP, so it can take a hit after using Belly Drum and heal back to full with just one punch. If you need to use Thunder Punch instead, give Iron Hands a Shell Bell to get a similar HP-recovery effect without losing Super Effective’s damage output.

Miraidon was made to be used in Tera Raids. Its Hadron Engine ability sets up Electric Terrain for your team, which boosts all Electric attacks and makes you immune to Sleep, which is a very useful thing. Miraidon can definitely carry a team to victory since popular Electric-type attackers need the extra power boost so badly, and there aren’t many powerful Physical Electric moves that don’t require a retaliation.

All Pokemon want to be awake and ready to attack, so at the very least, Miraidon helps them do that, which is often the difference between winning and losing. Combine this legendary Pokemon with Iron Thorns and Iron Hands, which is Iron Thorns’ best friend, to make something amazing.

Kingambit, arguably one of the best Pokemon in Scarlet and Violet, offers a near-perfect combination of offense and defense. His quadruple weakness in Fighting limits the raids in which Kingambit should be utilized, but there are plenty of other opportunities for the king to shine.

If you’re concerned about Kingambit’s somewhat inferior Special Defense, don’t be; an Assault Vest will fix that, making it nearly hard to KO when hit by non-Super Effective strikes. Once you Terastallize, Kowtow Cleave and Iron Head provide formidable STAB options for you to use, and should provide enough firepower to deal with any weak opponent.

Even though Iron Thorns is very weak to Ground, its raw power and ability to work well with other Electric-type Pokemon make it a great choice, especially against Tera-Flying bosses. Iron Thorns has a huge Attack of 134 and can use all of the elemental “Fang” attacks, Stone Edge, Wild Charge, and even Electric Terrain if you don’t have a teammate to set it up.

Even though it is weak to Ground, Iron Thorns can take hits from Electric, Fire, Flying, Normal, and even Poison because it is resistant to all of these types. Use this to switch roles if you see that your team is doing more damage when you help them with Electric Terrain. Even if they aren’t Electric-type, moves that make people yawn or sleep won’t work on them because of the terrain.

This pure Fairy-type Eeveelution is ready to help its teammates with moves like Light Screen and Helping Hand, but it’s also not afraid to take care of things on its own. Sylveon’s 130 Special Defense and 110 Special Attack are great, so it will do well in Tera Raids against Special Attackers with a low resistance to Special moves.

You can Read: Best Software for Gamers

Sylveon can also use Calm Mind, which raises both of its Special stats by one level. This makes it a very dangerous opponent for Tera Raid favorites like Garchomp and Hydreigon. No matter how you build your Sylveon, it should be impressive because it can be used in many ways, something that Chansey can only dream of.

The pink egg that guards Pokemon doesn’t have much offensive power in battle, but it’s a great way to stay alive if you don’t want to hurt your team. Don’t worry if you’re still learning the basics or don’t have a good way to attack in a certain Tera Raid. Chansey is your answer.

Light Screen, Heal Pulse, and Helping Hand is all great ways to keep your teammates safe, heal them, and help them. “Cheering” can normally only be used three times per battle, but these moves can be used as many times as you want. If you like playing support heroes in other games, Chansey is the best way to get started in Pokemon Scarlet & Violet Tera Raids.

Annihilape is one of the best new evolutions in Paldea. Its powerful Rage Fist does a lot of damage to Tera Raid bosses who are weak. You’ll need to be careful about where you send out this vengeful Pokemon, but after a few hits, Annihilape will show you what it’s really made of.

When you combine the stacking power of Rage Fist with ‘Go All Out’ cheers, your boosts will be multiplied. This will give you out-of-this-world damage that can kill many bosses if they don’t have too many buffs. Even if they have, your Rage Fist’s maximum base power of 350 should be more than enough to kill five-star bosses without much trouble.

Tinkaton, like Flutter Mane, has a great place in Tera Raids because it is so resistant to nine types and has no weakness to poison or dragon. Poison-type Pokemon are usually a nightmare for Fairy-type Pokemon, but Tinkaton shrugs it off because it only has weaknesses to Fire and Ground.

Tinkaton’s Attack stat is only 75, which isn’t the best, but moves like Gigaton Hammer and Play Rough make it more than capable of dealing damage. Using Steel Terastallization should also help Tinkaton’s Gigaton Hammer work better as a whole. If you need to switch to a defensive mode, Tinkaton is more than capable of taking hits, especially if you use the “Hang Tough” cheer to boost its already impressive defensive stats.

The hardest Tera Raids are a mix of a game of survival and a race against time to do enough damage. Flutter Mane is immune to attacks of the Normal, Dragon, and Fighting types because it is a combination of the Fairy and Ghost types.

Flutter Mane is only in danger from Ghost-type and Steel-type Pokemon. It has access to many powerful Ghost moves of its own and can even use Mystical Fire to fight back against Steel-types. You can choose where to stand in Tera Raids so that your Flutter Mane is in the best position to win with the least amount of trouble.